The murder of George Floyd once again brought to the fore how racial segregation, hatred, harassment, and terror continue to hang over the heads of African Americans; how devastating police brutality and abuse has been a staple of the Black experience in America for centuries, one which no amount of protest or calls for reform have been able to change. “Will history stop repeating itself?” asks director Spike Lee, once again taking on the mantle of the nation’s conscience.

In 3 Brothers, a short video he uploaded to social media in early June, Lee juxtaposed the final scenes of his Do the Right Thing, which depict one of the protagonists being choked to death by white police, with phone footage showing the real-life deaths of Eric Garner and George Floyd. This ninety-second-long composite says more about the everyday lives of African Americans in the “home of the free” than thick volumes of research and statistics.

Spike Lee, a legend of African American filmmaking, relentlessly uses his films to interrogate America’s pervasive, everyday racism, local and private, which runs alongside the system of oppression aimed against Black Americans that is sanctioned by law, culture, and religion. The unresolved past is like a thorn digging into the nation’s collective flesh, while Black Americans continue to be harassed and treated with unrelenting contempt at every opportunity, as evidenced by Lee’s BlacKkKlansman, which won him an Academy Award for Best Adapted Screenplay. The film explores 1970s America, blending comedy and political satire, and is capped off with an image Lee intended as a sharp and timely rebuke to the rhetoric espoused by Donal Trump and the alt-right movement: the US flag turned upside down, slowly fading out into black and white and real-life pictures taken at Charlottesville. In 2017, the city was stage to the Unite the Right rally, the largest white nationalist gathering in decades, which involved attendees marching down the streets holding torches and Confederate flags. The rally also resulted in the death of three people who protested against racial injustice and discrimination based on skin color.

Next Friday, Netflix will release Lee’s twenty-sixth feature film in his thirty-year filmmaking career, bound to prompt another vicious debate about the many forms of racial discrimination. “Is it fair to serve more than the white Americans that sent you here? Nothing is more confused than to be ordered into a war to die without the faintest idea of what’s going on…” we hear in the trailer, which also features archival footage of protesters wearing placards saying “I am a man.” Da 5 Bloods is an exploration of the memory of Black Vietnam veterans, who, despite their service, were still second-class citizens back home.

Film in Service of Struggle

Looking back, we’d quickly realize the Lee’s earliest steps as a filmmaker already focused on the need to interrogate the web of tensions stubbornly animating the American society, and involved radically different representations of African American life, representations that were bucking tradition, convention, and stereotype. Lee’s filmography opens with what proved to be an absolutely pivotal entry in independent Black American filmmaking—a story about an independent Black artist from Brooklyn, fully aware and in control of her looks and sexuality, who enters into a relationship with three different men simultaneously. The 1986 flick She’s Gotta Have It, filmed on a budget of $175 over twelve days, with a cast made of friends and family, eventually brought $7M in profits and drew the attention of Hollywood, which heretofore mostly ignored the fact that “Black cinema” had major box office potential. Most importantly, however, it introduced into the mainstream a wholly new type of protagonist, new sets of themes exploring the everyday life, desires, and aspirations of African Americans, and a major new filmmaking figure, whose voice would make itself heard many times over the coming decades.

Although She’s Gotta Have It contained a promise of the eccentric style that came to define the director, who later became an ardent proponent of guerrilla filmmaking and the dolly shot, in retrospect it seems a mere overture to the 1989 follow-up Do the Right Thing, which catapulted Lee into the mainstream and was celebrated for its unflinching examination of the racial tensions and conflicts that permeated life in America. Although it could be said that the world has changed immeasurably in the thirty years since its premiere, some things—explored by Lee in the story of a hot summer day in Brooklyn, where the undercurrent of tension between African Americans, Latinos, Italians, and Koreans finally boils over prompting street riots—have stubbornly remained the same. Especially Bill Nunn’s Radio Raheem, who spends the film parading around holding a huge boombox and stoking the protest atmosphere with Public Enemy songs, seems a rather timeless character in the America of today. After all, the riots that break out in the closing scenes of the film—inspired, by the way, by real events—are prompted by the asphyxiation of Radio Raheem by a white law enforcement officer during a violent intervention. The two quotes shown in the film’s closing seem, from Martin Luther King, Jr. and Malcolm X, seem just as timely and just as relevant today. “The old law of an eye for an eye leaves everybody blind. (…) It destroys community and makes brotherhood impossible. It leaves society in monologue rather than dialogue.” Importantly, the life and works of the latter were later explored by Lee in a separate film.

The premiere of Do the Right Thing was, naturally, accompanied by deeply politicized disputes and critical comments, which accused the director of inciting Black Americans to riot, encouraging mob justice and the destruction of public property. Undeterred by the criticism, Lee doubled down on his filmmaking. In less than three years, he managed to release three new pictures: Mo’ Better Blues, a love letter to the jazz avant-garde and a response to Clint Eastwood’s Bird; Jungle Fever, a story about a successful African American man with a younger, attractive Italian woman; and Malcolm X, starring Denzel Washington in the lead role, which ended up launching him into the the A-list. Not only did Lee convince Warner Brothers to entrust him, rather than white director Norman Jewison, with adapting the autobiography of the African American prophet, icon, and martyr for the silver screen, he got the studio to give him a multimillion dollar budget which he promptly turned into the biggest, most epic film of his career.

Lee made no secret of his intention to make the movie into an edifice for the legendary civil rights movement figure, whose adopted the surname X to represent millions of African Americans stripped of their past and identities by the slave trade; but between the lines, the film was also interrogating more recent history. Malcolm X opens with a burning American flag and footage from the 1991 beating of Rodney King (an event which Lee also examined a couple of years ago in an hour-long monodrama for Netflix). Like George Floyd’s death, the assault, which saw the Black taxi driver being pulled out of his car by police officers and beaten within an inch of his life, was captured on video by an eyewitness, a resident of a nearby apartment complex, and the footage sparked a series of riots in Los Angeles that left 63 people dead. And in the film’s opening sequence, we hear Malcolm, played by Denzel Washington, deliver a searing indictment: “I charge the white man with being the greatest murderer on earth. I charge the white man with being the greatest kidnapper on earth. (...) Everywhere he’s gone, he’s created havoc. Everywhere he’s gone, he’s created destruction. We’re the living proof of those charges. (...) We don’t see any American Dream. We’ve experienced only the American nightmare.” Naturally, soon after release, Lee was once again accused of inciting violence and stoking racial tension.

As years passed, Lee refused to let up, even as his films underwent a profound evolution—he embraced ever new, often dissimilar genres and forms, while the films delved into an ever greater and diverse range of subjects. In the final decade of the twentieth century, he shot Crooklyn, a nostalgic, semi-autobiographical ode to the wonderful experience of growing up in the 1970s, as well as Summer of Sam, about the murders perpetrated by real-life serial killer David Berkowitz who terrorized New York City in the summer of 1977. Other “Spike Lee joints” released in the 1990s included Clockers, a striking story of a Black drug dealer from Brooklyn, and Get on the Bus, Lee’s smallest production in terms of budget since his debut, which told the story of the Million Man March—the largest mass demonstration of African Americans since the civil rights protests of the 1960s, which was held on October 16,1995, in Washington, D.C. A couple of days ago, nearly identical demonstrations were held outside the White House following the death of George Floyd.

While the aughts were a fertile period for the director and saw the release of many new Spike Lee joints, his shift toward more primarily commercial projects led to a decline in the filmmaker’s popularity. The media began publishing reports of Lee’s violent public outbursts and that the director’s love for New York City is more apparent in his sitting courtside at Knick’s games at Madison Square Garden than in his films. Film critics, meanwhile, lamented the lack of truly important and thought-provoking titles in his recent oeuvre. Some believed that 25th Hour, one of the first films to deal directly with the subject of 9/11, would mark a return to form, but these hopes were soon dashed by She Hate Me, which still carries a meager 19% rating on Rotten Tomatoes, and the war film Miracle at St. Anna, released to a similarly lukewarm reception. The final nail in his coffin, although one I believe  was driven into the lid somewhat prematurely, was Lee’s remake of the Korean cult hit Oldboy.

Two years ago, nearly two decades after his last critically acclaimed picture, Lee staged a comeback with the aforementioned BlacKkKlansman. It could be said that the director finally embraced the call to wake up that concluded School Daze, one of his earlier films. The message not only fits the filmmaker’s rise from the proverbial ashes, a return to form after a couple of lesser titles, but seems to underpin the activist spark that has always lurked between the lines, in the subtext of his films. And given the current political climate, which allows tragedies like the one in Minneapolis to transpire, we must at least attempt to tear down the veil of silence—and open our eyes to the problems and issues that have been haunting us for centuries now. 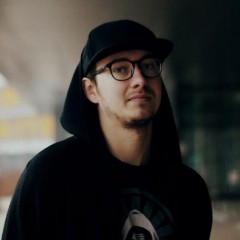