Rachel Haurwitz: A pair of genetic scissors – will CRISPR change our life?29.04.2019

“New era in molecular biology”, “gene editing revolution”, “the promise of rewriting life” – the headlines in the mainstream media fuel the growing expectations of the general public. The Clustered Regularly Interspaced Short Palindromic Repeats (CRISPR Cas9) gene-editing method has been widely discussed not only through the technical perspective, but also through its potential ethical dilemmas that trigger many fundamental questions about the future of human species. We interview Rachel Haurwitz* – a co-founder, President and CEO of Caribou Biosciences, a company that is considered one of the pioneers in this revolutionary field.

CRISPR Cas9 has been often covered in the media and defined as a breakthrough for biology. What’s so powerful about this method?

There have been other ways to edit genes for some time, but they have been much more technically challenging. With previous methods, in order to edit the genome, one would actually need to engineer the entire new protein capable of reaching it. Practically, this meant that someone needed to have a PhD in the field of genome editing. The reason CRISPR Cas9 has become so popular is that it’s much easier to use for someone with traditional cell or molecular biology skills. This wasn’t possible before. The phrase – perhaps slightly overused in the current debate – is that CRISPR democratizes the techniques of gene editing. It unleashed the floodgates. The vast majority of people who are experimenting with gene editing are not using it to develop new medicine or new food – they’re doing it for basic research in an academic or company laboratory.

What is the workflow of gene editing thanks to CRISPR?

It’s like having the “delete” key which removes the gene from the genome. In order to perform CRISPR gene editing, you need to get two different molecules into the cell that you’re trying to modify – Cas9 protein and guide RNA. The method of doing it can vary. One common way is to use a technology called electroporation. It basically means tapping the cells with little jolts of electricity, which causes the outer part of the cells to open up a little, so that Cas9 protein and the guide RNA can leak into the cells. Cas9 acts like a pair of molecular scissors and cuts the DNA at the spot spelt out by the RNA. Usually broken DNA ultimately leads to dead cells – there’s a mechanism inside most cells to detect breaks, which causes the cells to commit suicide if they cannot fix the break. However, they also can make a last-ditch effort to glue the broken pieces back together. Fixing the break results in editing – either deleting a gene or adding new genetic materials – and CRISPR method essentially takes advantage of the fact that cells hate to have their DNA broken. Once the DNA of the cell gets glued back together, it turns out that the sequence in that cell has changed – usually, whatever gene used to be coded for there will no longer be made.

Humans influence genetics and CRISPR fits potentially in the continuum of technologies that are altering the future of our species.

To what extent this technology can be voted a technological extension of evolution?

It’s a fundamental question. The international community of scientists has made it very clear that they’re not yet comfortable with using gene editing to modify human genetics in a way that would be passed from one generation to another. The potential is there – allegedly it happened in China already. But I’d say that humans have already found many ways to manipulate their genetics – for example, the invention of in vitro fertilization gave some people the opportunity to have children that they otherwise wouldn’t have. And once you think about the in vitro fertilization, there are also other techniques that can be used in that context and be responsible for big changes. There is a technology called pre-implementation genetic diagnosis (PGD), which allows a clinic to pick an embryo as a result of testing – this leads to, for example, choosing a specific gender. Humans influence genetics and CRISPR fits potentially in the continuum of technologies that are altering the future of our species.

What is the current stage of this technology? What are the main challenges scientists working with CRISPR are facing right now?

Today we’re pretty proficient in deleting one gene in certain cells. We’re not particularly good at deleting more than one gene at a time. And we’re also still figuring out how best to actually insert new sequences rather than just deleting genes. If you imagine gene editing being like a word processing software, we’re nowhere near as sophisticated as adding text, changing its colour and rearranging paragraphs. We’re in the infancy of the technology.
A pretty challenging component of gene editing is also delivering the protein and the guide RNA to the cells. There is only a small number of cells – mainly in the blood – that you can actually take out of a human, bring into the laboratory and use electricity to deliver agents into the cell. And in the bodies, there is only a small number of organs that we have the technology to deliver materials into – right now, it’s primarily the liver and the eye. In order to address a much larger number of organs and cell types, there’s a lot of further technology developments that will have to come.

Most of the ethical conversations lie on whether we should be editing embryons, eggs or sperm. It’s the fundamental ethical question to be wrestled with.

One of the most important questions regarding CRISPR Cas9 technology is ethics and potential repercussions that this technology might have on humanity in general. Should we be worried?

I don’t think we should be worried, but I think we, as a community, should be engaged and informed. The vast majority of efforts ongoing today are focused on what’s called somatic cells – the cells that do not pass on the material to the next generation. This means that any changes made in that patient’s cells die with that patient. I think most of the ethical conversations lie on whether we should be editing embryons, eggs or sperm. It’s the fundamental ethical question to be wrestled with. Everyone should have a voice in this conversation. Some people say that we should be using this technology to eradicate genetic diseases, as this would be morally and ethically a correct thing to do. But as soon as you start to scratch the surface, even that alone can be very complicated. I’ve been in a discussion with some groups that ask what is a genetic disease and what is a normal part of the variation of the human population. Deafness is an example that’s frequently given. Some doctors and people would say that if we could get rid of deafness forever, we should do that. But at the same time, many members of the deaf community are very proud of what they bring to the community – given their differences, they wouldn’t want deafness to be eradicated from human populations. This technology opens a lot of interesting, but also challenging conversations.

The bio-optimistic scenario would assume that CRISPR can treat and possibly even cure genetic diseases and cancer. It would allow for new foods enabled through better breeding technologies. Some bio-optimists are even interested in trying to bring back extinct species, partly thanks to gene-editing technologies. A bio-pessimistic scenario would assume that while a lot of these things will happen, they will only be accessible to the few. I think a pessimistic discourse would also be concerned about when, how and where the use of gene-editing technologies in the germ-line genes begins to happen and what it means for the future of our community.

What do you personally find most interesting about this method? What got you to start working on CRISPR?

What’s most compelling to me is this complete circle – “read, write, edit”. This combination was present in the computer industry for several decades and it enabled the technology that we have access to today. While we compare life sciences to the computer industry, we’re a few steps behind. We’ve been able to read the genome for several years now, which taught as a lot, we’ve been also able to write new genetic sequences, such as PNA synthesis, but so far, we’ve really struggled to edit them. For years it’s been a missing link in terms of research and drug development. Being a part of the large community of scientists who are using this new capability to dramatically advance research and medicine development is personally very exciting for me.

*Rachel Haurwitz – co-founder and President of Caribou Biosciences – a company that is considered one of the pioneers in CRISPR-Cas biology. In 2014, she was named by Forbes Magazine to the "30 Under 30" list in Science and Healthcare, and in 2016, Fortune Magazine named her to the "40 Under 40" list of the most influential young people in business. In 2018, the Association for Women in Science recognized Rachel with the annual Next Generation Award. 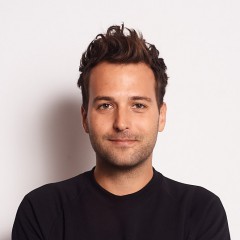