Robin Hood, Janosik, Prometheus – we love shady, thieving outlaws who stir up trouble, as long as they do it for the one and only just cause. Regardless of whether they existed in reality, or merely in legends, their travails stoke the fires of our imagination and stir our hearts. And when a noble ruffian who robs the rich and gives to the poor suddenly appears in 2018, we find it hard to contain our excitement.

His name is mostly the stuff of legends and questionable historical theories. It’s interesting that he’s become a symbol of a specific attitude, especially if assuming that his story is made up of unconfirmed facts. Tales about him begin over 600 years ago. I won’t bore you with the “facts” – everyone knows that his hiding place was Sherwood forest, and that he knew his way around a bow. The interesting part is how it came to be that everyone knew about it.

Neither am I interested in pure folk tales: unless we’re talking about that single viral element that made stories about his adventures travel across ages of European history to reach us in their current, deformed shape and make quite an impression in the process. The most important element of the story is Robin – an outlaw. You might ask: what’s so cool about breaking the law that we put it into stories? What do we find so fascinating about insubordination and questioning authority? After all, we feel so at home in our groups and communities, observing the same rules and laws. It gives us a sense of security. And in our everyday lives, even minor deviations from the norm immediately attract our attention, eliciting wildly disparate reactions. Why then do we find thisbandit from Sherwood so fascinating?

Here’s another thing that everybody knows – the guy stole from the rich and gave to the poor. And poverty is widely known and very much still present in this day, it’s not some relic of the Middle Ages. The term doesn’t even have to refer to actual property: it can reflect a state of some general servitude. We just like listening to tales about “one of ours” sticking it to one of the high and mighty. It’s as simple as that.

Stories based on a similar model have a much longer tradition, they have been told from the dawn of time, and – curiously - their popularity has never waned. Everyone has heard about Prometheus or Janosik[W1]  (well, in this case, everyone in Poland at least). One could say that the former not only “created” the foundations of social consciousness in European culture, but is also responsible for the existence of man as such. Which makes you wonder – according to Greek mythology, we were all created by a guy who pulled of some truly major shit. It makes you shiver when you realize that he went against Zeus, Helios, and the rest of the Olympian set, totally unmindful of the consequences.

As for Janosik,we should point out several things here. First: the guy actually existed. We even have his birth certificate, from 16 May 1688. Secondly: Juraj Janosik was a really cool dude. He hailed from Slovakia and racked some impressive accomplishments: numerous robberies, helping in a prison escape, and even one pardon. Although he and his band reportedly robbed people for their own monetary benefit, and he used the stolen baubles to impress local ladies, through his attitude, he still rebelled against the status quo, becoming a symbol of defiance against the regime. And even though he was a historical figure, there’s a degree of mythologization involved. To this day, highland rafters from Dunajec show excited tourists supposed imprints of Janosik’s boots preserved in solid rock. Because we all want to see and touch all things related to the abovementioned consistent, steadfast characters. To hope that they walked around these same parts. That they really existed and didn’t limit themselves to random pranks, but really went full tilt.

Finally, their tangled lives always unfolded in an era of strong law and weak justice. They always knew what to do and how to act, paying the ultimate price for their deeds. And even though in the end they were lawfully convicted, their communities made sure that their memory would live on.

But what’s my point, really? Why am I writing all of this? Maybe you haven’t yet heard the new: several sources have reported a story, which I am now obviously obliged to analyze. I’m talking about the identikits and scattered stories from local newspapers which I have started gathering some time ago. They speak of a curious coincidence. From Podlasie to Silesia, from Kaszuby all the way to Podkarpackie, strange thefts are being reported. I will focus on the ones related to cars – quite luxurious ones at that. Their owners hail from various professions. Government officials, bankers, entrepreneurs, Church hierarchs (here we’ll refer to the “Dziennik Podlaski” daily). All victims claim that they were home during the incident. Some are adamant that their cars were equipped with state of the art alarm systems, so they had no reason to fear them being stolen. Another interesting common thread is a roll-up cigarette butt found by the police at every scene of crime. Especially out of place since, if we are to believe the parish priest of Staroźreby, no one in his presbytery smokes. Another witness mentioned that their garage was fitted with a smoke detector, and they personally never smelled any smoke, even though they were in the house. A single cigarette butt, lying on the spotless floor of a fully decked out garage, is the only trace left behind by the burglar.

The spokesman for the Opole Police Department – three such thefts were carried out in Opole – claims that the perpetrator exhibits a high level of professionalism. The lack of fingerprints or shoeprints, and the circumvention of various types of alarms, seem to suggest that the burglar knows his way around all matter of security systems. It seems that we’re dealing with a serial burglar with a knack for luxury limousines. He is elusive and determined. All owners of luxury vehicles are asked to stay vigilant. It might also be prudent to leave driveway lights on for the night. The spokesman then adds that anyone who has any information that could help in apprehending the criminal is asked to immediately contact the nearest police department.

The abovementioned determination of this mysterious burglar is evidenced by the fact that the hits are carried out almost daily. Law enforcement is helpless: - How do you catch someone who doesn’t exist? – asks Senior Aspirant from the National Police Headquarters in Warsaw, Maciej K. Stories about the “ruffian” robbing influential and well-off Polish citizens are already making their way around the country’s police departments. At the same time, other sources tell us about a number of incidents of an altogether different nature reported in Mazovia and Kujawsko-Pomorskie. I’m talking here about a series of anonymous donations. Mrs. Marzena B. runs a family foster home, caring for twelve children aged 4-17. In an interview for “Głos Mazowsza”, she says that when she got up one morning at 5 a.m. to go to a nearby grocery store, she saw outside her house two pallets stacked with food and cleaning supplies. “I don’t know what to say,” was her comment.

I’ll try to say something in her stead then. I don’t know if these two cases are somehow related, but I really hope that they are. I want this much more than to see Janosik’s boot imprints on the bank of Dunajec. I want the Ruffian to be real. 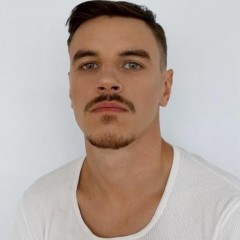