Brent Bonacorso, the writer and director of Papaya Films-produced short film, Narrow World, and You Get Me, up upcoming feature film produced with Netflix, talks about breaking genre conventions and producing sci-fi movies on a shoestring budget.

The Narrow World  opens with an immense unidentified object appearing over Los Angeles. The alien moves slowly, unhurriedly, seemingly gazing out over the sea and looking at the humans. Despite the world waiting with bated breath and closely observing its every move, the alien does not try to establish contact, disregards military efforts to provoke it, does not harm anyone, and doesn’t seem to want anything. Some see the alien as the answer to mankind’s yearning for contact with other sentient life, while other want to use the extraterrestrial visit to take a closer look at the mysteries of human nature. Understandably, the alien presence is the subject of round-the-clock news reports, with running commentary from scientists and security experts, and while the creature seems to fascinate humanity, many have said its appearance awakened in them a sense of spiritual emptiness.

When creating a film and starting work on a screenplay, the most important thing is getting a feel for the subject, but always with an eye on the budget. With The Narrow World, everything began with a bicycle ride. I live in Los Angeles and one day, as I was riding down the beach, I imagined a giant alien sitting alongside the crowds and looking out over the sunset. This single vision impacted me to such a degree, that I began to develop it. The fundamental problem that every filmmaker faces in the earliest stages of making a movie is finding the proper jump-off point, that is finding the very reason why a given story should be told to a bigger audience. The film has to touch the viewer and be universal enough so that they can relate it to their own experience—and we, as artists, need to come with a universal metaphor that people with different cultural codes will be able to identify with.

But what can you do when you want to make a film about aliens on a shoestring budget? Well, that’s an obstacle that has stopped many a filmmaker, but limitations like these may ultimately lead to a breakthrough in the career of any cinematographer, director, or screenwriter. Defining the main theme of the movie is paramount, because it allows us to bend the budget to fit our intended subject. The decision to, for example, tell a story about loneliness, allows us to focus on long, melancholy-filled takes, and dismiss expensive, VFX-rich hero shots. With The Narrow World, it turned out that choosing the sci-fi genre was just a pretext to tell a story about lonely people seeking someone to share their world with.

Communication Is Part of Our DNA

From then on it was all downhill, because narrowing down the narrative theme allowed me to pick and choose specific ideas, all tailored to fit my budget. The next step was to review how alien invasions have been portrayed in film over the years. We all know those stories where aliens start intergalactic wars, we’ve also watched them befriend children and seek humanity’s help. I decided to turn all these rules on their head and see what would happen if mankind were to encounter an alien race that had no desire to interact with us. This, in turn, opened up a number of avenues to flesh out the narrative. Given that communication is so baked into our DNA, then if we were to take away the possibility of communicating with the alien visitors, it would give rise to a whole host of frustrations that would definitely look good on the screen. I concluded that the experience of alien indifference could eventually engender in people a need for contact, for attachment, and imagined that we would ultimately remain undeterred in our desire to communicate with the alien, no matter the consequences. Usually when I start working on a script, I immediately establish what sort of running time I’ll be aiming for—there’s no place for spontaneity here, every format has its own peculiarities. Right now I’m working on an extended version of The Narrow World and it’s a lot of fun, because drawing out a project that originally fit into fifteen minutes requires writing in a lot of additional action and a lot of additional characters who all have to fit the underlying narrative. 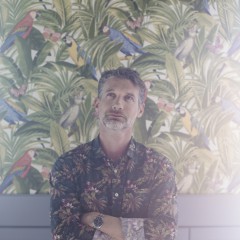