Despite a number of spectacular roles under his belt and one Academy Award (for his moving performance in ”Leaving Las Vegas”), Nicolas Cage has, in recent years, become something of a human meme in popular culture, consistently ridiculed for his overexpressive acting. Although much of his filmography is now treated with irony bordering on derision, calling Nicolas Cage a crummy actor would be an insult.

Although it might, at first glance, seem otherwise, Francis Ford Coppola’s nephew is far from being a member of the “so bad they’re good” actor league, defined by the acting chops of infamous industry legends like Tommy Wiseau. Many viewers erupt with laughter at the sight of Nic’s antics because they are rarely ready to receive the full extent of his art, which itself seems to negate all the patterns we associate with contemporary filmmaking. Each decision he makes seems like a bold step into the void, pushing the boundaries of acting to previously unfathomable extents.

The Elvis Presley enthusiast stands out from the rest of Hollywood mostly because of his radically anti-naturalist acting philosophy. While most mainstream actors strive for mass acclaim by embracing a faithful representation of reality, the Long Beach eccentric rejects verisimilitude and continues to indefatigably march to the beat of his own drum. Ethan Hawke argues that the Cageian approach uniquely allows the Big Screen to slip the chafing yoke of realism. The distinctive, exaggerated gestures and explosive facial expressions bring to mind German Expressionism. Cage’s performances resemble abstract visions of a surrealist painter, and seem more befitting of Expressionist classics, such as "The Cabinet of Dr. Caligari" or "Nosferatu". He tends to play bizarre characters, who laugh when others are crying, who shriek when others sit quiet, and pepper their conversation with uncomfortable segues. The protagonists of "Vampire's Kiss" or "Bad Lieutenant" are not mere characters crafted by scriptwriters, they are demiurges building their own separate worlds.

Marlon Brando in "The Island of Dr. Moreau", Robert De Niro in "Dirty Grandpa", or Jack Nicholson in "Mars Attacks!"—many industry legends have at least one performance in their body of work where they’re more or less unwatchable. But it’s not that straightforward in Nic’s case—his credits include at least as many high-brow projects as B- or even C-movie bombs (including such stellar examples as the dreadful adaptation of "Ghost Rider" or "Army of One", an absurd tale about the hunt for Osama bin Laden), but each of these roles contains a sliver of greatness. The only thing that the mess of a reboot known as "The Wicker Man" was praised for was the frenetic intensity of its protagonist, a welcome change from the mind-numbing boredom of the story. The equally poor feature shot by Cage’s brother, "Deadfall", was saved from oblivion only by Cage’s character—a third-rate hustler wearing a fake mustache.

The actor’s uniqueness derives from his absolute loyalty to his intuition. Cage makes his picks somewhat unconsciously, without much deliberation, relying instead on the power of his instincts. In an interview with The New York Times, he revealed that on the set of the Coen brothers’ "Raising Arizona", he kept imitating the mannerisms of Woody Woodpecker all throughout principal photography. Cage took similar risks for his art in Zandalee, where he writhed hellishly in front of the camera, covered head to toe in black paint, and in "Bad Lieutenant", where he mercilessly mocked and subverted the distinctly American trope of the hero cop. Cage is willing to sacrificing his pride and risk ridicule in order to explore hitherto unexamined recesses of the very essence of his profession. Like a mad scientist, he incessantly subjects himself to bold experiments—deeply significant yet consistently rejected by society at large.

Because of his highly unconventional efforts on the screen, the artistry of the presumably most famous member of the Coppola clan is usually misunderstood. Lindsay Gibb, who wrote a book about the actors, argues that he is destined to be a black sheep, because despite securing a place among Hollywood royalty long ago, he continues to act like an avant-garde character actor. In recent years, he’s worked with Panos Cosmatos, Richard Stanley, and Werner Herzog—all three of whom could be considered filmmaking guerrillas, genius madmen who regularly set out to investigate the darkest corners of their industry. Rather than seek the warmth of the limelight, Cage wholeheartedly embraces efforts that would easily explode the heads of the likes of Bradley Cooper or Will Smith. 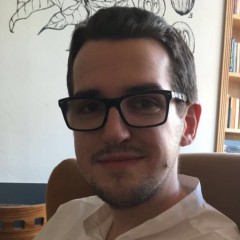