Rap in Therapy. Why Did Hip-Hop Start Openly Talking About Mental Health30.01.2019

Although most rap verses still exude bravado, recent top-charting hip-hop LPs seem to indicate a change may be coming. Rappers increasingly often draw on themes such as mental illness and speak openly about struggles with depression, fear, and weakness. Where is it all coming from?

When James Blake released his highly anticipated Assume Form on January 18, most reviewers focused the long list of guests featured on the album, which included Travis Scott and Andre 3000. But the fact that Blake, himself associated mostly with melancholy and desolation, is recording with hip-hop heavyweights should come as no surprise—after all he’s had considerable studio experience with rappers. The collaborations, however, do not necessarily have to prove Blake’s versatility, but can rather be seen a symptom of change. Particularly given the fact that Andre, featured in Where’s the Catch?, does not only adjust his rapping to fit the somber track, but his lyrics, too—the verses discuss mental issues and the gloomy thoughts that seem to inundate him. It’s no coincidence—the OutKast rapper admitted his battles with depression already in a 2014 New York Times interview. And he’s hardly the exception—hip-hop artists and rappers have been increasingly open about mental health, a surprising development given the fact that the genre has only recently shed its “street music” mantle and confessional lyrics about struggles with mental health could easily be taken for a sign of weakness in those circles mere years ago. It no longer seems the case, however.

At first sight, this drift toward vulnerability may have seemed antithetical to a genre whose hallmarks included social involvement and lyrics espousing machismo, unabashed self-confidence, and material wealth.

If we were to compare the current condition of the the hip-hop scene with what it looked like ten years back—in a take on the wildly popular #10yearchallenge, if you will—we’d immediately see how different the two landscapes are. If we then to traveled even further back, the differences would quickly become overwhelming, regardless of longitude and latitude. Naturally, we’re talking about the mainstream, as contemporary hip-hop is broad enough to accommodate those artists who refuse to heed the latest genre trends. Furthermore, today’s most popular rap artists are a far cry from the hip-hop luminaries of yesteryear in terms of phrasing, image, and lyrics. What’s driving the change? Explaining the sociological background of the shift, Dr. Michał Lutostański, sociologist and scholar whose work focuses primarily on markets, youth, microtrends, and music, says: “What we’re seeing right now, not only in music, but in marketing as a whole based as defined by Byron Sharp and his notions, is the end of rational choice. There are essentially two decision-making frameworks. One is driven by quick, intuitive, automatic decision, whereas the other is slow and deliberate, based on rational analysis. And it’s the rationality that is quickly losing significance. Looking at the numbers behind YouTube and Spotify it’s clear that the notorious ‘message’ is losing relevance, fast.”

And indeed, grand ideas haven’t exactly been the focus of rap lyricists for quite some time now. How does that relate to modern hip-hop’s focus on emotions? “Music is often a vessel used by artists to communicate emotions and a specific energy (especially in some metal genres, where technical ramifications make it rather hard to properly make out the lyrics), but can also be used to spread a particular message. And the former is slowly gaining relevance over the latter,” Lutostański explains.
In that particular context, the evolution of the sound of contemporary rap, which coincided with the shift in the genre’s lyrical trends, seems particularly interesting. In a strictly musical sense, we could go so far as to say that it gave the lyrics more depth and amplified their reach.

The use of the notorious pitch-correcting software has been particularly divisive in rap circles. Although T-Pain’s been using since 2005 and Kanye West and Lil Wayne introduced it to mainstream rap over a decade ago, Auto-Tune used as distorting effect has only recently seen widespread adoption in the genre. Why is that important? In his 2018 Pitchfork piece, How Auto-Tune Revolutionized the Sound of Popular Music, author Simon Reynolds argued that it was this vocal “trick” that “melted (...) rappers’ hard hearts” and allowed them to veer toward vulnerability and tenderness. The software allowed some of the genre’s biggest pioneers to craft sentimental ballads (like Lil Wayne’s How to Love) and outlets for emotional pain (like Kanye West’s seminal LP 808s & Heartbreak). At first sight, this drift toward vulnerability may have seemed antithetical to a genre whose hallmarks included social involvement and lyrics espousing machismo, unabashed self-confidence, and material wealth (no surprise given the genre’s heavy emphasis on braggadocio). Furthermore, hip-hop lyrics have traditionally been gruff or crude and shunned typically pop emotions. And therein lies the essence of the shift that we’ve been observing over the past couple of years—tender, emotional lyrics in hip-hop tracks are no longer seen as surprising. Well, have rappers started spitting verses about depression thanks to Auto-Tune? No, the shift has been driven by a plethora of different factors. But the melodiousness introduced by the pitch-altering software allowed some artists to emphasize the emotional thrust of their songs. But where have all these vulnerable, gloomy, despondent rap lyrics come from?

The sadness-ridden wave of emo rap, best represented by the colorful Lil Peep and the highly controversial XXXTentacion, both of them since deceased, can be considered a symptom of a generational change. It needs to be noted, however, that the rappers themselves had to start seeing some things differently. And examples of such a change abound among the leading voices of the scene. A while ago, Viceland  released a Web series called The Therapist, which featured a number of prominent rappers, including the late Prodigy of Mobb Deep. Before appearing on the show, he frequently said in interview that he couldn’t imagine himself seeking help for mental issues from a third party and claimed that hip-hop was his only therapy. The Therapist eventually helped him change his view of the matter as it offered him the opportunity to talk face to face with a specialist about mental health. Jay-Z underwent a similar metamorphosis. As Pitchfork pointed out, back in 2010, when speaking with media, Beyoncé’s husband repeatedly asserted that he’s just not the type of person to talk about his feeling. But one listen of his 2017 LP 4:44 proves that this is no longer the case. The album, which had Jay openly rhyming about his therapy, coincided with the release of a series of shorts called Footnotes, in which Jay, alongside the like of Michael Jordan, Chris Rock, and Meek Mill, spoke out on how important therapy was, particularly for the black community. And small wonder—according to National Alliance on Mental Illness data, every year forty-three million adult Americans deal with some sort of mental health problems, and the incidence is higher among African-Americans than among Caucasian or Asian-Americans.

It is possible that the honest embrace of mental health issues by MCs is a sign that hip-hop—currently the most popular music genre on the planet—now finds itself in the hands of artists hailing from highly diverse backgrounds.

The 1991 Geto Boys track My Mind Playing Tricks On Me was one of the first rap songs to feature a rapper questioning his mental state. But two decades would have to pass before another rap artist would open up about his mental health struggles. Kid Cudi is generally considered to be the first to openly admit that he was seeing a therapist (around 2013). Much has changed since then—for example, Logic recorded his hit single 1-800-273-8255, the title being the number of the National Suicide Prevention Lifeline; when he performed the track at the 2017 MTV Video Music Awards, the NSPL experienced a 50% uptick in the number of calls. Artists such as the eccentric Lil B, Earl Sweatshirt, who notoriously cancelled a number of his shows due to social anxiety (one of his albums is titled I Don’t Like Shit, I Don’t Go Outside), or the late Mac Miller, dead after an accidental overdose of cocaine and fentanyl, have all played a considerable part in the normalization of depression and mental illness in hip-hop. The “list” also includes the aforementioned Kanye West, whose latest LP Ye, featuring the phrase “I hate being bipolar. It’s awesome!” scrawled out in handwriting on the cover, seems to support the notion that battling mental illness is the hottest theme in hip-hop right now. Even Kanye himself, notorious for repeatedly declaring himself a savior and the Jesus Christ of rap, seems to be in a bad way mentally as of late, an impression that the artist himself confirmed in Yikes!, the lead single off Ye.

It is possible that the honest embrace of mental health issues by MCs is a sign that hip-hop—currently the most popular music genre on the planet—now finds itself in the hands of artists hailing from highly diverse backgrounds. But the undeniable truth is that attitudes to certain controversial issues in hip-hop milieus are definitely evolving. As many emerging phenomena are wont to do, emo-rap and depressive hip-hop are subject to intense criticism, not only from hip-hop circles. But is the aversion actually justified? Warning against premature judgments, the sociologist concludes: “I read many scathing indictments of punk rock or metal, written back when the genres were still in their infancy, and all of them sound completely ridiculous today.” 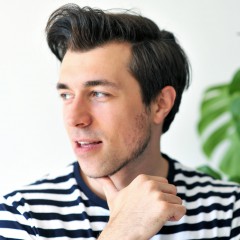